The Muslim community in Britain celebrated Eid-ul-Azha on October 26. It was also the 50th Anniversary of James Bond movies. The latest, Skyfall, was released to mark the anniversary.

It may not be a coincidence that the first James Bond novel was received in the same year when Sir Winston Churchill and Dwight D. Eisenhower directed their secret agents to topple an unfavourable government in Iran.

Creative artists can sometimes assimilate a deeper current in the lives of their societies, and this may have happened to Ian Fleming. The secret agent created by him can be seen as an embodiment of the complications embedded in the post-colonial vision of the West, and perhaps also some of its apparent self-contradictions. Moreover, the continuous evolution of the famous spy also seems to be consistent with the evolution of that vision, and the present resurrection is a candid example.

In the new century, a burning issue for Great Britain has been whether it should see its participation in the much-needed action against terrorists as "a war on terror" (as believed by the American allies), or whether terrorism should still be regarded as a mere "crime" and dealt with accordingly.

The twenty-third official adventure of James Bond seems to be addressing this issue (and the high-point is the speech delivered by M to a group of decision-makers, where M ends up reciting lines from Tennyon's poem 'Ulysses').

It is beside the point whether this was actually the intention of the team who created this film. Being a creation of several minds, even a one-off film is a mystery that could be explored forever. The complexity increases where the film involves a legend that has been evolving for half a century and has brought out 22 predecessors.

As such, the surface of a popular film's narrative can always be scratched to reveal something about the collective consciousness of its parent society. What may have always lurked beneath the surface of the 007 legend has perhaps come out most succinctly in the 80-second "official teaser trailer" of Skyfall (embedded below).

James Bond: pride of a wounded empire,
or apprehensions about the future?


Is this how the British patrols stationed at Suez Cannal thought in January 1952 when they shot down 49 Egyptian policemen and invoked the wrath of the natives ("Some men are coming to kill us. We gonna kill them first.")? Were these the very words that rang in the mind of the CIA officer Kermit Roosevelt in August 1953, when he saved his job by stirring up riots in Iran that claimed 700 civilian lives and toppled a liberal democratic government ("Agent?" "Provocateur". "Murder?" "Employment.").

The role of Western powers in the post-colonial era has generated many controversies (not to mention outrage and criticism). Skyfall might be one of the most useful resources for anybody looking for a well-rounded and honest answer, befitting the dignity of a former world power that has been known for its "sense of fact".

Nevertheless, the answer is disturbing. It gives a basis for asking: Was the immortal James Bond born out of the pride of a wounded empire, or does he stand for apprehensions about the future?
Posted by Khurram Ali Shafique at Saturday, October 27, 2012 10 comments: 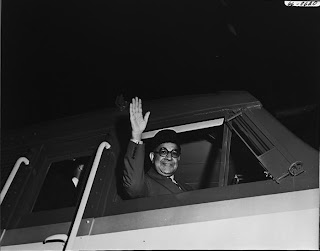 It may be counted as one of the special blessings of God on Pakistan that the life, work and even the death of its first prime minister was reminiscent of the early caliphs of Islam. Should we say that the present state of disorder is partially because we failed to cherish even the memory of this role model, let alone make any effort to emulate him?

In the span of a mere four years, Liaquat transformed a penniless state into "the most stable country in Asia". Pakistan started with practically an empty exchequer but within the tenure of its first prime minister, it was offering loans to other newborn states like Burma. It had resisted the international pressure against devaluing its currency at a time when even India gladly succumbed to that pressure. All this without taking any loans from foreign powers.

From being an unknown country obscured by a hostile neighbour, Pakistan became the undisputed champion of the freedom of other colonized nations, fighting their cases successfully in the United Nations, in a span of mere four years. It had started taking practical steps for forming a block of Muslim nations for maintaining world peace.

In any other country, a leader like Liaquat Ali Khan would have been hailed as a man of the millennium. One must wonder why in Pakistan his legacy is surrounded by malicious lies which have absolutely no basis in fact. The only plausible reason can be that he embodied the true ideology of Pakistan, which happens to be a rival to socialism, capitalism and conservatism at the same time.

Article continues after video
The last speech of Liaquat on October 16, 1951.
The gunshot that killed him is audible.

On the occasion of the 61st anniversary of the martyrdom of Liaquat, here are a few notes on the myths that surround him and a list of accessible readings that can be found online.

Myth No. 1: Liaquat did not accept the invitation for visiting USSR.

It is usually said that Liaquat Ali Khan did not accept an invitation for visiting USSR, and visited the USA instead. The truth is that he accepted the Russian invitation although it had been communicated to him just verbally. Consequently, the Russian government invited him to visit USSR but the suggested date coincided with the anniversary of Pakistan's independence. An alternative date was requested, which was never given by the Russians. See ‘Echoes of the Past’, a very detailed and well-researched article on this topic by Tariq Fatemi, former ambassador of Pakistan to EU, in Express Tribune.


I may not have looked hard enough but I am yet to see any document or even a specific reference for this widespread rumor. On the contrary, Liaquat is on record for denying this accusation many times in front of the press as well as on the floor of the constituent assembly. For instance, on the eve of his departure to USA, he was asked by a journalist whether he intended to borrow loan on the basis of Truman’s Point IV formula. Liaquat’s reply, published in newspapers, was, “I’m not going there with a hat in my hand.” Objectivity demands that his statements be upheld until some evidence is produced to the contrary.


This myth is circulated only among the least informed. In most books, even where Liaquat is mentioned only in passing, he is remembered as one of the most influential but tactful opponents of imperialism who not only managed to keep Pakistan non-aligned but also started taking some practical steps for creating an independent block of Muslim countries as the third alternative to the two super powers of those times. See 'The Foreign Policy of Liaquat Ali Khan' by Shahid Amin published in Dawn).


The fact that the same person is "accused" of both these "offences" should give us a clue about the depth and seriousness of this allegation. Secularists denounce him for having proposed the 'Objectives Resolution', in which it was admitted that Sovereignty belonged to God (and the fact that the resolution was passed by the majority of a democratically elected assembly is not of much relevance to these detractors). Supporters of theocracy denounce him for being a secular ruler. Neither of these contestants seem to be interested in mentioning that Liaquat Ali Khan categorically stated that he was committed to the ideal of an Islamic state, but that he believed that an Islamic state was not a theocratic state and it offered equal rights to non-Muslim citizens. His claims were corroborated by the constituent assembly when the draft constitution presented by the basic principles committee made non-Muslim citizens eligible for contesting the office of the prime minister. This principle was never revoked during Liaquat's lifetime.

List of further readings below video
The story of Pakistan in the voice of Liaquat Ali Khan:
Radio broadcast on the first anniversary
of independence, 1948
Further reading: 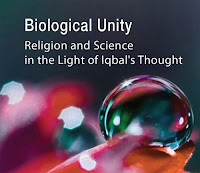 A king entrusted his son to a team of scholars and they taught him numerous sciences until he became a complete master in spite of himself. Then the king put a ring in his fist and asked his son to make a guess. The son replied, "What you hold in your hand is round, yellow, inscribed and hollow." Overjoyed, the king asked him to name it and he replied, "It must be a sieve."

"Alas!" Said the king. "You gave all the details that would baffle the minds of anyone, but the small point has escaped you that the sieve will not fit in a fist?"

Remember this story when approaching The Reconstruction of Religious Thought in Islam, since the immense richness of that book can easily lead a reader to become overwhelmed with detail and miss the point - even due to the same reason which Rumi ascribed to the prince after narrating that story:

...the great scholars of the age split hairs on details of all matters... but as for what is truly of importance and touches us more closely than anything else, namely our own self, this your great scholars do not know. They make statements about everything, saying, “This is true and that is not true. This is right and that is wrong.” Yet, they do not know their own self, whether it is true or false, pure or impure.

In my endeavour to understand the Reconstruction, I have tried to list the key statement of each of the seven lectures and the preface. Personally I find it easier to "swim" through this ocean of a book by having this bird's eye-view first. The list is by no means definitive, and other readers of the book may come up with a different set, but I am offering these key statements here for facilitating discussion.

Thought and intuition are organically related. All forms of intuition can be studied systematically, just like other thought processes. In principles, this is even true about revelation (وحی) of prophets even though we may not be practically equipped for carrying out such a study at present.

2. The Philosophical Test of the Revelations of Religious Experience

Systematic study of revelation involves the appreciative side of our self as well as its efficient side.

3. The Conception of God and the Meaning of Prayer

Our thought can also rise higher than itself and recognize five elements in our conception of God: that He is (a) Eternal; (b) Powerful; (c) Knowing; (d) Creative; and (e) Infinite Ego.

4. The Human Ego - His Freedom and Immortality

Human being is a unity of life that can be best described as an ego (خودی): an intuitive unity that illuminates our consciousness. It is possible for this entity to survive after death.

5. The Spirit of Muslim Culture

The cultural world of Islam has sprung out of the Unitive experience (معراج) of the Prophet (peace be upon him). Its cornerstone is the realization that humanity has outgrown the need for prophet-hood, priesthood or hereditary kingship. Therefore, the birth of Islam is the birth of inductive intellect.

6. The Principle of Movement in Islam

The essence of the Unity of God (توحید), as a working idea, is equality, solidarity, and freedom. The ultimate aim of Islam is a spiritual democracy, for which the present-day Muslims are better equipped than those in any previous time.

In its higher manifestations, religion is neither dogma, nor priesthood, nor ritual but a deliberate enterprise to seize the ultimate principle of value and thereby to reintegrate the forces of one’s own personality.