The Lawyers’ Movement According to Muhammad Ali Jauhar 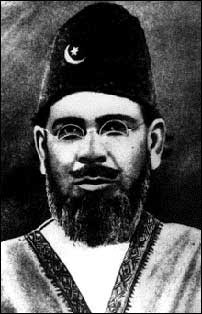 People’s victory over the “People’s Party” is being celebrated, and rightly so. However, the best celebration of this historic achievement would be to understand its true significance. For that we may have to turn back a few pages in the book of history.

Muhammad Ali Jauhar (1878-1931) is our forgotten hero. The man, who fought for the freedom of press, orchestrated mass movements, defied colonialism, braved the risk of gallows with persistent laughter and died in a manner which was “prophetic” in more ways than one, was arguably also the first modern historian of what would later become Pakistan. In 1927 he wrote:

“The average span of a generation is usually considered to be thirty years although marriages happen in India much before that age and life expectancy among Indians is also comparatively lower. Yet, just as the Indian National Congress came into being thirty years after the establishment of the universities of Calcutta, Madras and Bombay, precisely in that same manner a new educated generation of Muslims came up to become the founder of [All India] Muslim League in 1906, thirty years after the foundation of the Aligarh College, and Muslims entered politics as a nation.”

This seminal passage from Jauhar ingeniously upgrades the famous theory of Ibn Khuldun about royal dynasties and makes it useable in the age of democracy. The principle of historiography offered here is, however, quite different from approaches prevalent in the Western academia at that time or even now and elsewhere in his writings, Jauhar was also keeping in mind other factors which often get overlooked in academic writings. Based on these, he seems to be suggesting here that the impact of education is inevitable but bears fruit almost a generation after the seed is sown.

We know that in our history there are certain peak moments which could be regarded to have had as deep an impact on the minds of generations as any degree in formal education – if not more. Jauhar’s thesis is indeed vindicated when we compare the chronology of such moments with significant turning points of our history:
I would like to make a guess about the last one at least. If the Lawyers’ Movement, especially with the victory of March 16, 2009, is to regarded as a seed sown in the fertile minds of the generation who is young today, then it is likely that this generation will grow up with a mindset corresponding to the ideals of justice and impartiality. The best thing, at least according to Jauhar’s theory about social change, is that the outcome is inevitable and cannot be reversed by any setbacks which the movement may suffer in the near future. In fact, setbacks can only aggravate the long-term impact by providing extra fuel to the passions implanted in the minds of the youth at this time.

According to what we may call the "Jauhar formula” for calculating mass outcome, the impact can be expected to become visible by 2037. If that sounds bleak because it involves a distant future, then we ought to think a bit more deeply. Things we do with an aim of seeing their impact in our own lifetime are more like business than love even if those things are done for a common cause. True love for others is far more manifest in trees we plant for the future generations without hoping to partake of the fruits ourselves. Patience and hope is the essence of all true love – whether of an individual or of society – and as Shakespeare very rightly set it down for our benefit, “Love is not love which alters when alteration finds.”

Especially significant is the fact that Pakistan is currently having a “population bonus”. Just a few months ago I heard a leading educationist talking remorsefully that we are not tapping it sufficiently. Now I feel like saying: “Good that we are not. Given our existing trends, education could at best have inculcated more hypocrisy, snobbery and deceit among the impressionable youth. This peak moment provided by the inner impulse of the nation’s life might provide them with something better.” (Perhaps what we need to do in the field of education is to learn from the masses before presuming that we are fit to teach them – perhaps education can become more meaningful if our teachers start learning something from their pupils in the bargain).
At least we need to incorporate the ideals of the Lawyers’ Movement into the syllabi of formal education so that kids growing up in comfortable classrooms do not lag behind in that learning which our “collective ego” seems to be imparting to the poorer ones, like a caring mother who hasn’t forgotten her less privileged children after all. However, the biggest youth program is being carried out under the banner of our late beloved leader Benazir Bhutto whose Pakistan People’s Party, unfortunately, not only holds the dubious position of being late in joining the Movement and early in leaving it but has also ended up as the major adversary against whom the recent – perhaps the final – round had to be fought. Also, professional guidance for the youth program is coming from the British Council which, despite its proven competence, is unlikely to be as much in touch with the soul of the nation as a vernacular institution could be (incidentally, the “leadership” component of the program is being led almost entirely by foreign experts at its highest level).
In fact, the biggest friction against which we need to watch out in the long-term could occur due to the unschooled youth of today growing up with deeper emotional attachment to the cause of justice than their properly schooled counterparts.

“Patience and hope,” writes Layla to Qais in the famous love poem by Nizami Ganjavi (whose 800th death anniversary falls this year, incidentally). “Do not look at the sower casting seed, but remember what will grow from it. If today thorns block your way, tomorrow you will harvest dates, and the bud still closed and hidden holds the promise of a blossoming rose.” That is what Pakistan seems to be saying to its citizens, and the principles of Muhammad Ali Jauhar are the best explanation of why it should be heard.

We should celebrate the victory of the long march without being hampered by any fears of setbacks in the near future. The inevitable has been invoked. Amid the present doubts, let’s offer a toast to the certainty of tomorrow.
Posted by Khurram Ali Shafique at Thursday, March 19, 2009