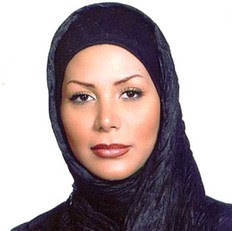 Arash Hejazi is an Iranian doctor studying at Oxford University. He arrived in Iran on June 18. Two days later he was with the 27-year-old Neda Agha Soltan when she received fatal bullet shots during street protests against election results. The incident was filmed and released on the Internet, sparking outrage against the Iranian Government. The next day, the man from Oxford went back.

Conspicuous? That’s what the Iranian government says. It also says that Neda was shot on an isolated street far from protesters. The regime is investigating, and emphasizes the possibility that this could have been a set-up: those who filmed Neda and her companions for twenty minutes on that isolated street could be the ones who also shot her.

Next episode: Queen’s College announces Neda Agha Soltan Graduate Scholarship for philosophy. The college is part of the same Oxford University. While the Iranian embassy in London has voiced protest against the University's “involvement in a politically motivated campaign,” an impartial reader of this news may face a moral dilemma of another sort. Only someone who doesn’t know history would dismiss the Iranian suspicions of a Western conspiracy as baseless, but should this also mean resentment for the politically motivated scholarship?

If Neda was shot down in order to create a false flag, this doesn’t make her any less of a victim. The question is whether her own government fired the rifle, or was it someone whose identity shall be declassified in London or New York thirty years from now? Today, redefining Neda as a martyr to foreign conspiracy is difficult, but it isn’t impossible. In that case, the flamboyantly announced scholarship can end up as an on-campus reminder of Iran’s case against Britain.

Iranians are the original inventors of statecraft (Cyrus the Great was the first emperor to replace the Pharaoh’s whip with win-win diplomacy). Using the wit and ingenuity of their ancient ancestor Zulqarnayn, Iranians might be able to build a new wall against the present-day Gog and Magog. Wit and ingenuity are needed for that, and those traits usually go together with sensitivity and positive thinking. Fortunately, there is enough of all these in classical Persian literature.