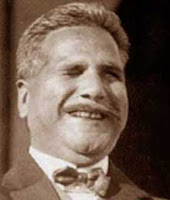 [To be continued]
Posted by Khurram Ali Shafique at Friday, December 24, 2010