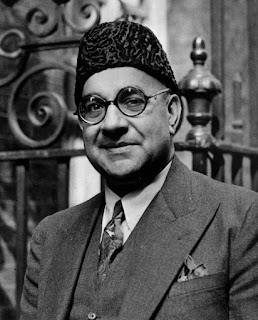 "A man can be loyal only to one country; a man can owe allegiance only to one State and anyone who tries to pose that he owes allegiance to more than one State is either deceiving himself or thinks that he can deceive others. And, therefore, Sir, to my mind, this is a very important condition that anyone who is to be a Member of this Constituent Assembly must owe allegiance to Pakistan and Pakistan alone." (Prime Minister Liaquat Ali Khan in the Constituent Assembly of Pakistan, Karachi, May 18, 1948).

Once again there is a debate in Pakistan about whether a person can hold dual nationality and still be a member of the country's parliament. Incidentally, the issue was settled quite conclusively in the days of the first Prime Minister Liaquat Ali Khan (1947-1951). A bill was passed against this practice.
The words quoted above were spoken by the founding Prime Minister on that occasion. Perhaps deliberately forgotten by many, they are somehow resonating now.

Parliamentarian Raza Hayat Hiraj, while introducing a similar bill in the National Assembly, said in April this year, "Those who take oath of loyalty to another country cannot safeguard the interests of Pakistan."
A recent article by journalist Khawar Ghumman's is also reminiscent of Liaquat's forgotten quote. The article 'Dual standards on dual nationality' in Dawn, October 21,begins with the question: "Would you trust somebody who has an exit plan to run your country?"
Posted by Khurram Ali Shafique at Tuesday, October 25, 2011