Ideological Foundation for Democracy In Islam 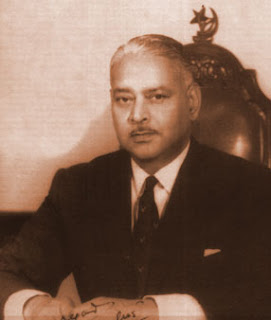 By A. R. Cornelius, Chief Justice, Supreme Court of Pakistan.
This paper was read as inaugural address at the Iqbal Day session organized by the Central Iqbal Committee, Lahore, on April 21, 1964.

But, it will be said that democracy may furnish compensation on earth – what has it to offer in the after life? That is indeed an interesting question, and one might ask: supposing that a people have been true to all the requirements of conscience, and have faithfully followed the law and the Constitution under which they live, what is to be their reward? The rewards of politics they all know, namely, leadership and pre-eminence among their fellowmen, but not all of them can rise to that shining height.
Must the common fate then be to cherish virtue as its own reward? Must the noblest prospect remain that of being a well-behaved army under a leader of its own choice? Is the denial of the ego to be the aim and end of all the effort applied to its development? Perhaps one day, it will be found that such a prospect is lacking in inspiration for the ideal democratic citizen.
It is only in the Communistic ethic that I find something of a promise to a people who have been faithful to their kind of democracy that their faith and effort will be rewarded, by something better than merely being contained in a communal unit, organized and operated by someone else.
The Communists conceive of the State as a coercive instrument which firstly eliminates its opponents mostly by processes of re-training in the arts of labour and common living, and then acts to fill them with a consciousness of their civic obligation. All the agencies are supposed to operate in the final goal of equalitarianism among all the citizens, and this end, it is said, is to be achieved by the creation in the interim period of a ruling class with a mission to reform the whole people.
It may sound strange that one class is created for suppression of all classes, but it is when the classes finally disappear that the reward is visualized. It is, that when perfection in the elimination of classes is reached, the State will itself disappear. It is said that the final disappearance of the State will come when the producers arrive at the controls of industry and true administration of affairs replaces personal rule. That prospect is so conditioned that is never likely to become proximate in any real sense, but nevertheless it is an attempt at formulation of a goal for righteous ambition, as conceived by the Communist, an end which does differ from the means.
How would the sage have reacted to these ideas? If I attempt an answer, it is in all reverence. I suggest his answer would be that democracy in Islam can never be merely secular, but is essentially an exercise in the organization of the people in accordance with the fundamental beliefs of their faith. That by itself will furnish the necessary incentive to the people to be true to the dictates of the Constitution and the laws under which they live, in the hope of an eternal reward.
Speaking for myself, I would wish that such might indeed be the case in all democracies.
I was never privileged to know the poet, but to live in Lahore is by itself to live in communion with him and under the spell of his thought. His name will live forever. May his message spread and bear fruit among those to whom he handed over the torch to be carried for the good of their fellowmen!
Posted by Khurram Ali Shafique at Sunday, October 30, 2011