The Message of the East 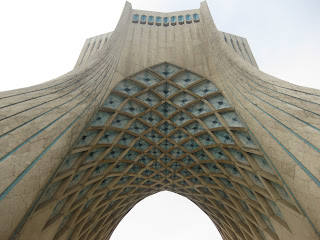 There is undoubtedly some resemblance between Germany as it was a hundred years ago and today’s East. The truth, however, is that the internal unrest of the world’s nations, which we cannot assess properly because of being ourselves affected by it, is the fore-runner of a great spiritual and cultural revolution. Europe’s Great War was a catastrophe which destroyed the old world order in almost every respect, and now out of the ashes of civilization and culture Nature is building up in the depths of life a new human being and a new world for him to live in, of which we get a faint sketch in the writings of Einstein and Bergson. Europe has seen with its own eyes the horrible consequences of its intellectual, moral and economic objectives and has also heard from Signor Nitti (a former prime minister of Italy) the heart-rending story of the West’s decline. It is, however, a pity that Europe’s perspicacious, but conservative, statesmen have failed to make a proper assessment of that wonderful revolution which is now taking place in the human mind.
Regarded from a purely literary standpoint, the debilitation of the forces of life in Europe after the ordeal of the war is unfavourable to the development of a correct and mature literary ideal. Indeed, the fear is that the minds of the nations may be gripped by that slow-pulsed magianism which runs away from life’s difficulties and which fails to distinguish between the emotions of the heart and the ideas of the mind. However, America seems to be a healthy element in Western civilization, the reason for which perhaps is that it is free from the trammels of old traditions and that its collective intuition is receptive to new ideas and influences.
The East, and especially the Muslim East, has opened its eyes after a centuries-long slumber. But the nations of the East should realise that life can bring about no revolution in its surroundings until a revolution takes place in its inner depths and that no new world can take shape externally until it is formed in the minds of the people. This ineluctable law, which has been stated by the Quran in the simple but eloquent words, “Verily, God does not change a nation until it changes itself” [xiii. 11] governs both the individual and the collective spheres of life; and it is the truth of this law that I have tried to keep in view in my Persian works.
In the present-day world, and especially in Eastern countries, every effort which aims at extending the outlook of individuals and nations beyond geographical boundaries and at reviving or generating in them a healthy and strong human character is worthy of respect.
Posted by Khurram Ali Shafique at Sunday, April 08, 2012