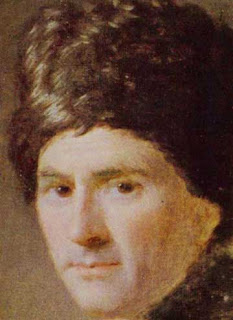 ...The general will is always right and tends to the public advantage; but it does not follow that the deliberations of the people are always equally correct. Our will is always for our own good, but we do not always see what that is; the people is never corrupted, but it is often deceived, and on such occasions only does it seem to will what is bad.

There is often a great deal of difference between the will of all and the general will; the latter considers only the common interest, while the former takes private interest into account, and is no more than a sum of particular wills: but take away from these same wills the pluses and minuses that cancel one another,7 and the general will remains as the sum of the differences.

If, when the people, being furnished with adequate information, held its deliberations, the citizens had no communication one with another, the grand total of the small differences would always give the general will, and the decision would always be good. But when factions arise, and partial associations are formed at the expense of the great association, the will of each of these associations becomes general in relation to its members, while it remains particular in relation to the State: it may then be said that there are no longer as many votes as there are men, but only as many as there are associations. The differences become less numerous and give a less general result. Lastly, when one of these associations is so great as to prevail over all the rest, the result is no longer a sum of small differences, but a single difference; in this case there is no longer a general will, and the opinion which prevails is purely particular.

It is therefore essential, if the general will is to be able to express itself, that there should be no partial society within the State, and that each citizen should think only his own thoughts:8 which was indeed the sublime and unique system established by the great Lycurgus. But if there are partial societies, it is best to have as many as possible and to prevent them from being unequal, as was done by Solon, Numa and Servius. These precautions are the only ones that can guarantee that the general will shall be always enlightened, and that the people shall in no way deceive itself.

Postscript from the blog-master: "The truth is that Islam is not a church. It is state, conceived as a contractual organism long before Rousseau ever thought of such a thing, and animated by an ethical ideal which regards man not as an earth-rooted creature, defined by this or that portion of the earth, but as a spiritual being understood in terms of a social mechanism, and possessing rights and duties as a living factor in that mechanism." (Iqbal, in the Allahabad Address; 1930)