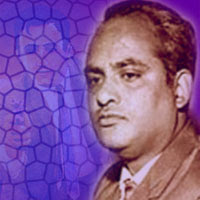 In the elections of 1945-46, the Muslim League's stand on the right of self-determination received a majority of Muslim votes. The result was Pakistan, a state which was voted into existence in order to fulfil the ideal of spiritual reconstruction of society. Poet, publisher and fiction-writer Ibne Safi (1928-1980) stands out as the tallest cultural figure in terms of national consensus over the next twenty years. He was popular with all segments of society. Being neither progressive nor conservative, he preached respect for law and loyalty to state. His genre was detective and spy literature but he remodeled it on the manner of dastaan.

Hence he turns out to be a disciple of Mir Amman. In the early nineteenth century, when the British were becoming the masters of India, Amman drew strength for his community by reworking a classical story according to the tastes of the conquerors. Now, in an age when Western colonialism was winding up its game, Ibne Safi reworked a Western genre according to the tastes of the Eastern masses – after all, they were the ones who had now emerged as the victors.

You can find out more about Ibne Safi at the Ibne Safi Website.