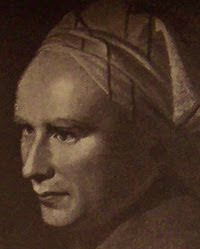 It was suggested in the previous post that Iqbal’s poem ‘Hamdardi’ (‘Sympathy’) is not adapted from William Cowper’s poem but is the story of his life. "Cowper suffered from severe manic depression,” says Wikipedia entry about the poet. “And although he found refuge in a fervent evangelical Christianity, the inspiration behind his much-loved hymns, he often experienced doubt and feared that he was doomed to eternal damnation.” This is reminiscent of the nightingale as described in the opening lines of ‘Sympathy’ (but not in Cowper’s own poem):

Alone on the branch of a tree
Was a nightingale perched in sadness.
He was saying, “The night has drawn near
I passed the day in flying around and feeding
How can I reach up to the nest?
Darkness has descended on everything!”

Regardless of what Iqbal had in mind, the setting is a perfect analogy for the dark night of a soul. The nightingale’s fear that he may never reach “the nest” represents the harrowing thoughts which troubled Cowper all his life.

Who is the glowworm? Iqbal's Persian anthology Payam-i-Mashriq (1923) contains a poem ‘Schopenhauer and Nietzsche’ comprising entirely of a fable about a bird pricked by thorn and cursing the garden, and another bird removing the thorn. If this is Iqbal’s way of demonstrating the relationship between the philosophies of Schopenhauer and Nietzsche, then can we not understand the relationship between him and Cowper through a similar parable? If Cowper is the nightingale calling for help, then Iqbal is the glowworm responding to that call in more ways than one.

Firstly, whenever Iqbal picks up an idea from Cowper, he reworks it to show a deeper message of faith, certainty and hope embedded in the original but inaccessible there due to the English poet's personal gloom and sadness. The finest example is ‘Parinday ki Faryad’ adapted from Cowper’s ‘On a Goldfinch Starved in his Cage’. Unlike Cowper, Iqbal’s bird is alive and calling for help. Moreover, the last stanza introduces translations from Rumi and the entire poem ends on a moral drawn from a parable of Rumi to the effect that our physical existence is like a cage to our soul.

Hence Iqbal leads Cowper to the threshold of Rumi. This is one of the ways in which the glowworm illuminates the dark night of the nightingale: thanks to Iqbal, the messages of Cowper and Rumi have become inseparable in the collective consciousness of the Urdu-speaking world.