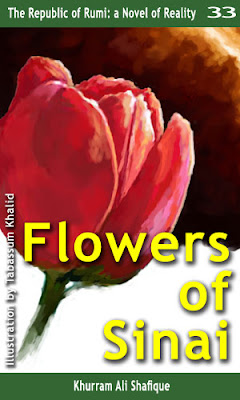 The total number of flowers was 163. Since it is a prime number, i.e. it cannot be divided except by itself or by 1, it represents your ego or soul, which is indivisible but can be absorbed in Unity, or Oneness. The progression on the single theme of Love has turned out to signify your remaking as the new Adam: the self is strengthened through love.
Posted by Khurram Ali Shafique at Sunday, May 02, 2010