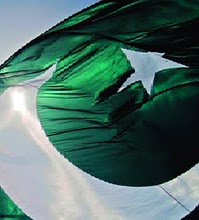 In the earlier days of this blog, I posted some "forecasts" about the future of Pakistan. Recently, I have received several suggestions that these should be revisited. So, here is the original post of 3 October 2008 without any modifications.
POSTED ON 3 OCTOBER 2008: In view of the history of Pakistan, five trends seem likely to occur in the next twenty years:


Disenchantment with the West, having acquired a new hype in July, is likely to escalate relentlessly because there is a regrettable lack of quality communication between West and the people of Pakistan, especially the unschooled masses who have been the true balancing factor in the life of this country.

Once the phase of disenchantment reaches its peak, an increasing number of Pakistanis including the educated segment are likely to become culturally and mentally isolated from the West.

Conflict of interests easily explodes into its actual equivalent when negotiations fail. The absence of quality dialogue between West and the masses of Pakistan also can lead to an actual conflict if disenchantment and isolation are not addressed in the earlier stages.

Pakistan was all about discovering new possibilities but the various theories about forms of government tried out here, and the existing perception about federation, have been West-defined to various extents. These may get affected as a consequence. In that case, for a decade beginning around 2017, it may seem as if the idea of Pakistan as conceived in the Lahore Resolution of 1940 has become irrelevant in some ways if not all.

The units which now constitute the federation of Pakistan have been interdependent since the earliest known period of civilization. This inherent unity of the region can easily surprise the onlookers by discovering a new channel for its continuation.

It may be seen that at each stage there are possibilities for preventing conflict and facilitating healthy growth. They require vision and where there is no vision, people perish.

Posted by Khurram Ali Shafique at Wednesday, May 25, 2011