"40 years of tyranny are better than an hour of anarchy" 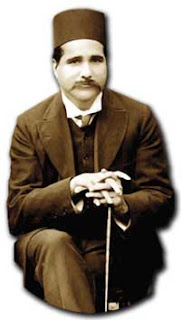 This is an excerpt from 'Islam as a Moral and Political Ideal', lecture delivered by Iqbal at the anniversary of Anjuman Himayat-i-Islam, Lahore, in April 1909.

The truth is that Islam is essentially a religion of peace. All forms of political and social disturbance are condemned by the Quran in the most uncompromising terms. I quote a few verses from the Quran:
One sees from these verses how severely all forms of political and social disorder are denounced by the Quran. But the Quran is not satisfied with mere denunciation of the evil of  fesad. It goes to the very root of this evil. We know that both in ancient and modern times, secret meetings have been a constant source of political and social unrest. Here is what the Quran says about such conferences: “O believers, if you converse secretly that is to say, hold secret conference, converse not for purpose of sin and rebellion”. The ideal of Islam is to secure social peace at any cost. All methods of violent change in society are condemned in the most unmistakable language. Tartushi - a Muslim lawyer of Spain - is quite true to the spirit of Islam when he says: “Forty years of tyranny are better than one hour of anarchy”.
“Listen to him and obey him, even if a negro slave is appointed to rule over you." Muslim mentions another important tradition of the Prophet on the authority of Arfaja, who says: “I heard the Prophet of God say, when you have agreed to follow one man then if another man comes forward intending to break your stick (weaken your strength) or to make you disperse in disunion, kill him”.
Those among us who make it their business to differ from the general body of Musalmans in political views ought to read this tradition carefully, and if they have any respect for the words of the Prophet, it is their duty to dissuade themselves from this mean traffic in political opinion which, though perhaps it brings a little personal gain to them, is exceedingly harmful to the interests of the community. My object, in citing these verses and traditions is to educate political opinion on strictly Islamic lines.
Posted by Khurram Ali Shafique at Friday, November 11, 2011