DU PREL: The Philosophy of Mysticism 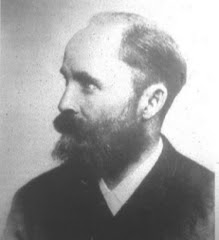 It is not always the business of philosophy to split hairs, and to devise subtle problems. The weightiest problems are just those which are hidden by their every-day character, or behind unwarranted presuppositions, of which we are unconscious, only because we are continually making them.
Such a problem it is which I would suggest in the following work—the questions whether our Ego is wholly embraced in self-consciousness. The affirmative answer to this question, the most proximate and constant of human problems, is evidently a mere presumption, and not less so because carried on through our whole life. Moreover, this presumption is not only logically unjustified, but is also – as will be shown – erroneous. Analysis of the dream-life leads to a negative answer to the question propounded; it shows that self-consciousness falls short of its object, that the Ego exceeds the self-consciousness.
If, however, we are more than that of which our self-consciousness informs us, and indeed not in the sense of a pantheistic dissolution, but with preservation of individuality, then it is evident that the question of the soul has been falsely stated. Instead of succession of the here and the beyond, we have their simultaneity, that is, the simultaneity of two Persons of our Subject.
[Excerpt from Carl Freiherr du Prel, The Philosophy of Mysticism (1889). The work was mentioned by Iqbal in his paper 'The Doctrine of Absolute Unity' (1900).]