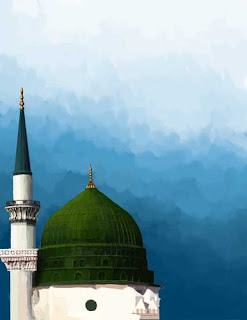 This is the second part of Iqbal's paper 'Political Thought in Islam' (1908). The first part was presented at this blog last Friday.

Abu Bakr, the Prophet's father-in-law and one of his chief companions, therefore, in consequence of the danger of internal disruption, was rather hurriedly and irregularly elected. He then rose and addressed the people thus:

"Oh people! Now I am ruler over you, albeit not the best amongst you. If I do well, support me; if ill, then set me right. Follow the true wherein is faithfulness, eschew the false wherein is treachery. The weaker amongst you shall be as the stronger; with me, until, that I shall have redressed his wrong and the stronger shall be as the weaker until, if the Lord will, I shall have taken from him that which he hath wrested. Leave not off to fight in the ways of the Lord; whosoever leaveth off, him verily shall the Lord abase. Obey me as I obey the Lord and his Prophet, wherein I disobey, obey me not."

Omar, however, afterwards held that the hurried election of Abu Bakr, though very happy in its consequences and justified by the need of the time, should not form a precedent in Islam; for, as he is reported to have said (Dozy I, p.121), an election which is only a partial expression of the people's will is null and void. It was, therefore, early understood that political sovereignty de facto resides in the people; and that the electorate by their free act of unanimous choice embody it in a determinate personality in which the collective will is, so to speak, individualised, without investing this concrete seat of power with any privilege in the eye of the law except legal control over the individual wills of which it is an expression. The idea of universal agreement is, in fact, the fundamental principle of Muslim constitutional theory. "What the Muslim community considers good", says the Prophet, "God also considers good". It is probably on the authority of this saying of the Prophet that Al-Ash'ari developed his political dogma - "That error is impossible in the united deliberations of the whole community". After the death of Abu Bakr, Omar, who acted as Chief Judge during his predecessor's Caliphate, was universally elected by the people. In 644 A.D. he was mortally wounded by a Persian slave, and committed his trust, before he died to seven electors - one of them being his own son - to nominate his successor, with the condition that their choice must be unanimous, and that none of them must stand as a candidate for the Caliphate. It will be seen, from Omar's exclusion of his own son from the candidature how remote was the idea of hereditary monarchy from the Arabian political consciousness. The choice of this council, however, fell upon one of the councillors, Uthman, who was consequently nominated, and the nomination afterwards confirmed by the people. The caliphate of Uthman is really the source of the three great religio-political parties with their respective political theories, which each party, finding itself in power, attempted to realise in one or other of the provinces of the Arab Empire.
[To be continued next Friday]
Posted by Khurram Ali Shafique at Friday, December 23, 2011