An Outline of History

The following is an outline of the framework which is being used in ‘The DNA of History’, the online course offered at Marghdeen Learning Centre.

History may be divided into three phases: (a) Input (ancient world); (b) Transition (the advent of Islam); and (c) Output (the world since then). Since the transitional phase is less than two centuries, it can be more conveniently counted with either of the other two, leaving us with two broad phases of history: ancient and modern.

This phase may be divided into seven stages (based on the first chapter of Javid Nama).

THE AGE OF INQUIRY: PRE-HISTORY (Adam/the Cave of Vishvamitra). In whatever manner the human beings appeared on this planet, they are likely to have been preoccupied at first with finding the means of survival. That involved the ability to become acquainted with the inner nature of things.

THE AGE OF DISCOVERY: PRE-HISTORY TO C.2000 BC (Noah/the Music of Sarosh). Once the survival was ensured, the humanity may have found time to appreciate things beyond their utility and to enjoy interacting with them for their own sake. This may have given birth to art and music, and helped aesthetics by triggering the functions related to the right brain.

THE AGE OF TRANSCENDENCE: C.2000 BC TO C.1300 BC (Abraham/the Poetry of Sarosh). Aesthetics puts us in touch with our higher self. “If I can become acquainted with the nature of things, invent tools, give birth to civilizations and even enjoy the beauty of Nature as well as artifact, why should I bow down before stars and planets?” This theme persists through the ages in the most popular masterpieces of literature – an activity associated with the left brain.

THE AGE OF FREEDOM: C.1300 BC TO 559 BC (Moses/the Tablet of Buddha). Ancient rulers derived authority by claiming to be gods or descendants of gods, and subjugated the people in the name of these gods. Such kingdoms and empires could not remain legitimate once the belief in false gods had been questioned: internal freedom means external freedom too.

THE AGE OF ACTION: 559 BC TO 4 BC (Zulqarnayn/the Tablet of Zarathustra). Civilization tends to move towards unification of humanity. Once it became impossible to create empires in the names of false gods, Zoroastrian visionaries from Persia found ways of building empires by giving religious freedom to those who believed in the Unity of God (such as Jews, Hindus and Buddhists) and fighting those who ascribed partners to God – such as Egypt, Greece and Rome.

THE AGE OF EXPANSION: 4 BC TO 610 AD (Jesus/the Tablet of Jesus). Before the unification dreamed by some visionaries could become a reality, the humanity needed to undergo a phase of wonderment – a stage when it should learn to “give unto Caesar what belongs to Caesar and unto God what belongs to God.”

THE AGE OF CREATION: 610 AD TO 750 AD (The Prophet/the Tablet of the Prophet).  The Prophet of Islam seemed to stand between the ancient and the modern world: the source of his revelation belonged to the ancient world, the spirit of his revelation belonged to the modern world. The birth of Islam was the birth of inductive intellect: prophecy reached its perfection in discovering the need of its own abolition, in order to achieve full self-consciousness, the humanity must finally be thrown back on its own resources.

This phase may be divided into three stages so far (based on various observations found in the writings of Iqbal). 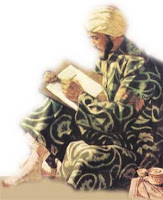 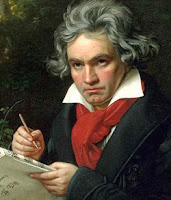 THE AFGHAN REBIRTH: Since 1747 (The Wisdom of the Soul: God is Knowing).

Further reading: the revised edition of Topline Secondary Social Studies written by me is now available in Pakistan. It is a series of three textbooks for secondary schools.