The Meaning of God in Human Experience 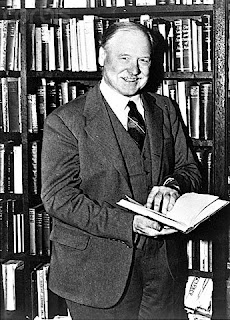 [The following is a passage from The Meaning of God in Human Experience: A Philosophic Study of Religion (1912) by William Ernest Hocking. A smaller excerpt from this passage was quoted by Iqbal in the first lecture of The Reconstruction of Religious Thought in Islam (1930-34).]

Religious passion, at length, is the best illustration of all this: for this is the mark of religious passion, that a specific view of the whole makes conscious connection with one's practical ultimata. The “deepest of all inborn impulses,” says Professor Pratt, “is the ‘instinct for self-preservation’”: and what is to set that impulse trembling? “a belief in the impossibility of real annihilation.” Belief founded on what? founded back on the instinct itself? doomed then to death and silence. Founded on vision perhaps? If ever upon the stupid day-length time-span of any self, or saint either, some vision breaks to roll his life and ours into new channels, it can only be because that vision admits into his soul some trooping invasion of the concrete fulness of eternity. Such vision doubtless means sub- conscious readiness, and subconscious resonance too, but the expansion of unused air-cells does not argue that we have ceased now to breathe the outer air: the very opposite!


No. The so-called wisdom of feeling is of the same stuff and substance with other wisdom, positive, objective, belonging to our world of ideas. The religious vista is large and open: in integral continuity with the field-lines of our overt existence (not narrowly caught by peering up back-chimney-flues of consciousness). Whatever is thus continuous with the real known in idea is itself known in idea, not otherwise. There are vague ideas, and unfinished ideas, uncertain predicates, qualities only dimly divined known most certainly by their difference from others, their negative bearing but none of this haze and floating outline affects the intent and category of the scene-contents. Whatever is, or can be, predicate of idea is itself idea-stuff, whether or not yet successfully defined and connected.