The Fall of Adam 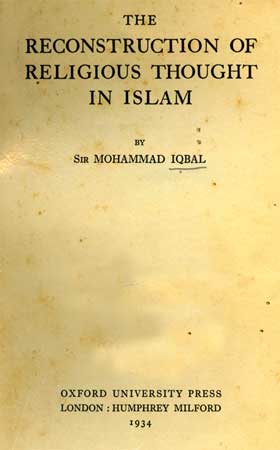 The Fall does not mean any moral depravity; it is man's transition from simple consciousness to the first flash of self-consciousness, a kind of waking from the dream of nature with a throb of personal causality in one's own being. Nor does the Quran regard the earth as a torture-hall where an elementally wicked humanity is imprisoned for an original act of sin. Man's first act of disobedience was also his first act of free choice; and that is why, according to the Quranic narration, Adam's first transgression was forgiven.

Allama Iqbal in 'The Conception of God and the Meaning of Prayer',
3rd Lecture in The Reconstruction of Religious Thought in Islam (1930/34)
Posted by Khurram Ali Shafique at Wednesday, June 22, 2011