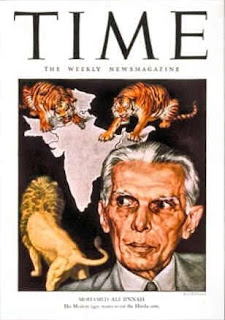 The Wikipedia article on secularism (a must-read) describes it as the idea of liberating the governments from the interference of religion. On occasions it has also protected religion from invasion of the “secular” segments in the West.

Does this also give a greater chance for equality between various religious groups living in a society? The question did not become relevant until after the Second World War because until then, most secular societies were either composed of just one religion, or religious minorities did not even except to be treated equally.
Today, many educated people look towards secularism as an ideology which may ensure equality between religious groups just as it ensured some civil liberties in the past. However, historical evidence for this presumption doesn't exist. Even as recently as the election campaign of Barrack Obama, the candidate had to assure his voters so many times that he was not Muslim. Likewise it is unlikely that a Muslim could be elected Prime Minister in India in the foreseeable future.
The modern world may be justified in looking beyond secularism, theocracy and socialism. The writings and speeches of Iqbal, Jinnah and Liaquat Ali Khan, as well as their practical contribution may be valuable assets for such a task, whenever started seriously.
Jinnah may have been pointing in the direction of seeking fresh solutions when he said, in the beginning of the same August 11 speech, that the birth of Pakistan was without any precedent in modern history:

As it is, it has been unprecedented; there is no parallel in the history of the world. This mighty sub-continent with all kinds of inhabitants has been brought under a plan which is titanic, unknown, unparalleled. And what is very important with regard to it is that we have achieved it peacefully and by means of an evolution of the greatest possible character.