Mesopotamia: the birth of literature 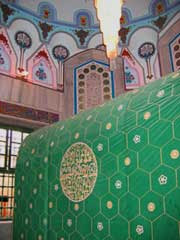 Earliest civilizations emerged on the banks of great rivers. Mesopotamia, on Tigris and Euphrates in modern Iraq, was among them. One of the greatest souls is supposed to have walked in its cities around 2000 BC. His name has been given to us as Abraham (Ibrahim in Arabic).

Is there an eye-witness account of him? To me, the Quran is the Word of God, and God was there when Abraham entered into argument with a king.

Have you not turned your vision to one who disputed with Abraham about his Lord, because Allah had granted him power?” Says God in Chapter 2, Verse 258. Abraham said, ‘My Lord is He Who gives life and death.’ He said, ‘I give life and death.’ Abraham said, ‘But Allah causes the sun to rise from the east. Do thou then cause it to rise from the West!’ Thus was he confounded who rejected faith – Allah does not give guidance to a people unjust.

The king failed to distinguish between his limited power of granting pardons and commanding executions, and the power of God over the entire universe. Abraham offered him intimations of immortality: the sun had been rising from the East, and so it would in future because a certain pattern existed in Nature.
The king was looking at the sun as a golden disc. Abraham turned it into a symbol. The books revealed to his successors were destined to be the highest selling titles forever: the Bible and the Quran.

Next: the literature of Nimrod (“the king” who opposed Abraham)