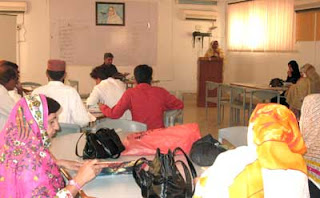 I conducted a five-hour workshop on Javidnama on behalf of Iqbal Academy Pakistan at Teachers’ Resource Centre, Shaheed Benazirabad (Nawabshah) on Thursday, August 20, 2009. It was attended by teachers from various schools in the nearby region. Details follow for those who may be interested: 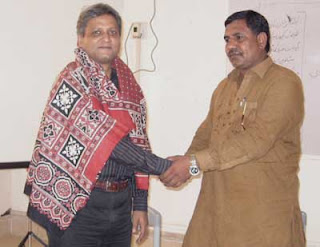