The famous town of Balkh in the present-day Afghanistan was part of the Iranian Kingdom of Khwarazm in 1207 AD. Rumi was born there that year. 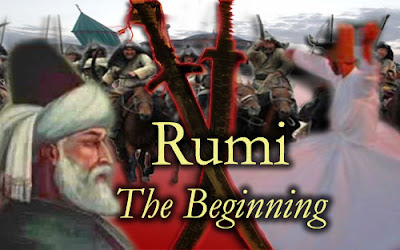 Of course, he wasn’t called Rumi then. His name was Jalaluddin. His father, Bahauddin Walad, was a renowned religious scholar and brought up his son accordingly but the young boy may have had extra-curricular activities, such as reading a story written by Sheikh Fariduddin Attar about birds in search of Simorgh. Guessing from his later work, he must also have enjoyed jokes and funny stories. 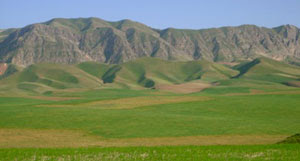 The young boy may have walked amid these green fields (the picture is from Balkh.Com) but some suggest that he was born further north. Still, growing up anywhere in this region, known to the ancients as Bactria, was to breathe nostalgia about more than one civilization. It was the birthplace of Zoroastrianism, and Buddhism had also thrived here once. How to integrate the legacy of many cultures with Islam was something on which this boy would leave more than a few notes when he grew up.

These were the times of change. A year before Jalal’s birth, Mongol barbarians from Gobi Desert had unified under their leader Temujin whom they called “the Great Commander,” i.e. Genghis Khan (or Changez Khan, as Persians would later remember him painfully). Soon, Mongols took over the Chinese Empire.

Jalal was still a boy when the governor of another city in Khwarazm executed some merchants on suspicion of spying. They were under the protection of Genghis, who now asked the king of Khwarazm to hand over the governor. The king executed the envoys too. Killing an ambassador was seen as an atrocity even in those days and the news was received at the Chinese court as something like a 9/11 of the thirteenth century. Genghis decided to overrun the Muslim world.