New discoveries about the 'Reconstruction' 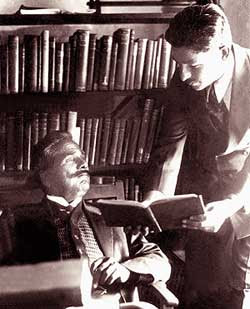 Long ago, when The Republic of Rumi Newsletter did not have many subscribers, I narrated some of my unusual observations about the works of Iqbal in a series of weekly posts:

"It was an October morning in 2006. I was staying at a friend's place in Lahore, and finishing my breakfast before going to the office of Iqbal Academy Pakistan with whom I work as research consultant. Suddenly, an idea flashed across my mind: I don't know how or why. It struck me that there were seven lectures in the Reconstruction, Iqbal's philosophical work in English prose. Incidentally, there were seven stations through which Iqbal passed in his journey across the spiritual universe in Javidnama, his greatest poetical masterpiece. Do the two sets match?"

My findings were recently presented in a paper in Iqbal Review, available on the official website of Iqbal Academy Pakistan and now also included with some illustrations on my homepage. For those who may be interested, here is an excerpt:

The outlook we adopted five years after the birth of Pakistan was not consistent with the collective ego achieved by our ancestors who had created this great country. Some of us misunderstood that the proposition of the Western modernists that “the modern times are permanent but bad but must be rejected” was a confession that the West was evil. As a free nation of the East it should concern us less whether the West is evil or not. What should concern us more is what role can we play in the future of humanity? This is where Iqbal comes in with the fundamental premise of a Romantic: “the modern times are passing but good and must be accepted.”