11. The Poetics of the Garden

This is the 11th chapter in the revised online version of The Republic of Rumi: a Novel of Reality 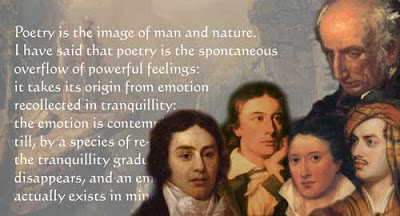 Concerning the true nature of poetry and reform of Islamic literature

Khizr is a legendary guide in Muslim literature. Originally a character in the Quran who received knowledge from the Divine Presence, in literature he has become associated with the Fountain of Life: he drank from the fountain, gained everlasting life and now guides travelers who have lost their way. This is the kind of role envisioned for poets in the Garden.

“Desire is love’s message to beauty,” says the Poet. “Life is the hunter, and desire, the snare. Whatever is good and fair and beautiful is our guide in the wilderness of seeking. Its image becomes impressed on your heart to create desire and hence Beauty is the creator of desire’s springtide, which is sustained by the display of Beauty unveiling itself before the souls of poets.”

A gallery of poets appears. You see nightingales learning songs from them, roses becoming brighter with their rouge and moths borrowing passion. The music of these poets is breathing wonderful enchantment on the atmosphere and their look is making the fair, fairer. Nature is becoming more beloved – which explains how the Poet’s tears beautified Nature just before you entered the Garden. Caravans are marching at the sound of the poets’ bells and following the voice of their reed. You see the poets inviting the whole world to their table, making their gift as accessible as air.

“They have lent color to stories of love and a hundred new worlds are concealed in their hearts,” the Poet says about them. “They do not know what is ugly. The poets are like Khizr: amidst their darkness is the Fountain of Life. Following the tune of their nightingale, we go stumbling on the way so that they may lead us into Life’s Paradise and Life’s bow may become a full circle. Their breeze steals into the flowers of our garden, makes life develop itself and become self-questioning and impatient.”

In the second stanza, the Poet turns to another kind of poetry, the harbinger of despair. It is the antithesis of what you saw just now. “Woe to a people that resigns itself to death and whose poet turns away from the joy of living!”

You are now seeing another group of poets. Their mirror shows beauty as ugliness. Their honey leaves a hundred stings in the heart. There is no life-giving rain in their spring and April is the cruelest month in their calendar. They kiss a rose and its freshness is gone. Nightingales listen to these poets and lose the joy of flying. Love, earlier perceived as boundless, now appears as a drunkard begging at tavern doors, stealing glimpses of beauty from here and there.

The music of this second type of poets is now enchanting the atmosphere. Its effect is plunging you in an ocean of thought, making you a stranger to action. You observe captains of ships becoming enchanted by it and the ships being cast to the bottom of the sea. Quite the opposite of what Khizr is supposed to do!

“Their opium is a poison for the nerves and you pay for their song with your life,” the Poet says to you. “They present loss as gain and everything praiseworthy becomes blameful. In there soul is a disease, and by their words our sickness is increased. Their garden is a mirage of color and perfume, their beauty has no dealings with Truth and there are none but flawed pearls in their sea. They preferred sleep over awakening, beware!” Contrast between the two types of poets is similar to that between genuine Sufism and the Sheep’s Doctrine. Just like genuine Sufis, the first kind of poets strengthen the self and show ways to gain “dominion over the outward and inward forces of the universe” while the other kind perpetuate that denial of reality which loosens one’s grip on life, like the Sheep’s Doctrine. Sweet is the world of phenomena to the living spirit, dear is the world of Ideas to the dead spirit.

Now the Poet turns to you. “You seek your dawn in the glass of this other kind of poets,” he says. “Your heart has been chilled by their melodies. You have drunk deadly poison through your ear.” He had said that his own age did not know the secrets. Not only in his age but in any other too, it is in the nature of diseased poets to attempt monopolizing the craft and try establishing themselves as gatekeepers. The sickness of their hearts makes them incapable of connecting with their societies.

“Clear‑seeing thought shows the way to action as the lightning‑flash precedes the thunder,” the Poet tells you. “Build a nest on the high mountains, and Phoenix would be honored to fall in your snare.”