Iran as an Organism 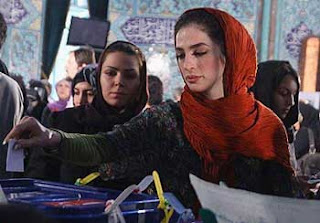 It may be good to revisit such pages from history now that there is hype about protest by the supporters of pro-West Mousavi who refused to accept election results in favor of Ahmadinejad, and Hillary Clinton promptly refused to accept Ahmadinejad even before protests had gained momentum in Iran. Iranian supreme leader Khamenei has ordered probe into election results (and, just by the way, he is a great admirer of Iqbal), so let’s watch carefully how events unfold over the next few days.

Pakistanis cannot help drawing another comparison: in 1977, Prime Minister Zulfikar Ali Bhutto claimed to have won election in Pakistan, the opposition protested and things led to martial law by General Ziaul Haq and the hanging of Bhutto. Today, very few in Pakistan would doubt that there was some involvement of US agencies and the Saudi government (and incidentally, it was a liberal government which got toppled by hard-liner military ruler who then entered into a long and “fruitful” collaboration with US).

For those who may like literary icing on current affairs, there is a blog from Iran in which the country is compared with an organism. You may find it to be interesting: “Taking Iran as an organism, I would have to say that Iran is somewhat a mythical creature for it’s not just ONE creature on its own but rather made up of some…” Read Blog from Iran.

Picture is by Bahman Sadeghi from JameJamOnline