An Introduction to Ancient Greece 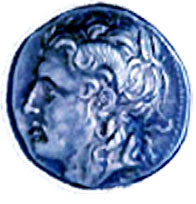 Under this title, I am presenting the following writings of mine, originally published in The Review, the midweek supplement of Dawn in the early 2000s and written from a perspective which I now call "the Valley of Wonderment":

The religion of ancient Greece appears to be derived from various pagan traditions. Ishtar, the Mesopotamian goddess of love and war may have been one of the idols smashed by Abraham in the famous anecdote mentioned in the Quran. In Greece, she matured into the consummation of Venus and Mars, devoutly to be sought. Aristotle stands out as a rare visionary who showed that a deeper analysis of Greek drama depicted the universe to be ruled by a single master. If studied carefully, his Poetics may be one of the two most beautiful tributes to the Unity of God outside Abraham’s direct following (the other being Bhagavad Gita).

In his famous expedition, Aristotle’s great pupil Alexander discarded the legacy of Pharaoh for the path of Cyrus, who may have been the mysterious Zulqarnayn praised in the Quran. In any case, the original message of the Persian prophet Zarathustra was Unity, and Alexander adopted the statecraft, etiquettes and even the dress of Zoroastrians. In becoming a second Cyrus he also became another Zulqarnayn (something that didn’t escape the notice of Persian Sufi masters like Ferdowsi and Nezami Ganjavi).

After Alexander, the fall of Greece coincided with a revival of Plato, especially in the land of the Pharaoh where hypocrisy watched over the birth of Roman imperialism as Cleopatra relinquished her paradise to the serpent of the Nile.

Note on the background of these writings: I call the twenty years from 1987 to 2006 the Valley of Wonderment in the history of Pakistan because Sheikh Fariduddin Attar has described the valley in The Conference of the Birds as a place where the Unity previously written on the souls is gone. Travelers do not know whether they are dead or live, awake or asleep, and all they can tell is that they are in love but they do not know with whom. There cannot be a more apt description for this phase of our collective life, and it resonated in my writings too. Read more...