This is the 13th chapter in the revised online version of The Republic of Rumi: a Novel of Reality 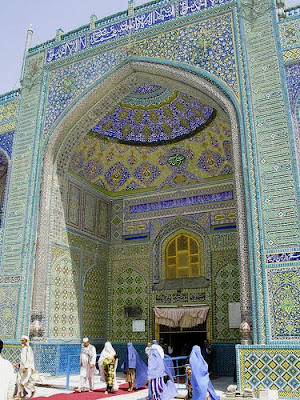 “I seek the Lion of God or Rustam of the legends,” the Shaykh had said to Rumi. You know that “the Lion of God” is a title of Ali, who is acclaimed as the founder by most schools of Sufism. The next chapter is about him.

“Devotion to his family inspires me with life so that I am as a shining pearl,” says the Poet as you enter the chapter:

Setting forth the mysteries of the names of Ali

The Prophet gave Ali the title of Bu Turab, which meant the master of clay. Ali was part of the expedition sent by the Prophet to storm Khyber, an almost invincible stronghold of the enemy, and Ali is reported to have unhinged the gate of the citadel single-handed. On one occasion, he is said to have also turned back the sun. His intellectual prowess matched his physical powers and the Prophet is reported to have said, “I am the City of Knowledge and Ali is the Gateway.”

“Whosoever in the world becomes a master over one’s own clay turns back the sun from the west,” says the Poet. “Here the might of Khyber is under the feet of such a person and hereafter their hand will distribute the water of Kausar. Through self‑knowledge, the person acts as God's Hand and reigns over all. Such a person is the gate of the city of the sciences and has dominion over the whole world.”

In other words, such a person has dominion over “the outward and inward forces,” and that is what you are learning in the Garden. The familiar motifs of kingdom and Sufism have reappeared but they are combined in the person of Ali, who was a ruler as well as the acclaimed founder of most schools of Sufism. Also, he turned back the hands of “time”, which is yet another clue for Joseph. He fits the description of a Divine Vicegerant awaited in the previous chapter, which could be the reason why Rumi’s Shaykh was seeking someone like him.

All clues about Joseph have come together in the person of Ali: is Joseph one of the “mysteries of the name of Ali” mentioned in the heading? “Reshape your clay to form a person and then build a world for it,” the Poet says to you now. “Life is wholly action and to delight in creation is the law of Life. Potentials are displayed in willing acceptance of what is difficult but mean spirits have no weapon except resentment.”