This is the 19th chapter in the revised online version ofThe Republic of Rumi: a Novel of Reality 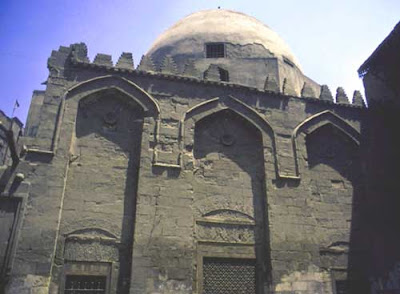 The Garden is interacting with you, obviously long after the Poet has died in his world. This has been highlighted through his appearance as the Old Man of the Desert, especially the initial parts of that chapter where you didn’t know that the Old Man was the Poet himself, and believed the Poet to be gone. If the Garden is still functioning as an interactive device, then does it mean that the Poet overcame the limitations of Time, and is that why “Time” is an indicator to the mystery of Joseph?
This concern may be addressed in the next chapter:
‘Time is a Cutting Sword’
The quotation is from Imam Shafii, a leading Muslim legist of the medieval times. “By imagining Time as a line, you have sown the seed of darkness in the clay,” the Poet says to you as you enter the chapter. “O you, who are enthralled by yesterday and tomorrow, behold another world in your own heart!” Behold another world in your own heart! This could be the Garden, this virtual reality, where you are playing a certain role as the seeker of a mystery.

The Poet quotes one of the most intriguing sayings attributed to the Prophet: “Do not vilify time, for God says,‘I am Time.’”Then he says,“Now I will tell you a point of wisdom as brilliant as a pearl so that you should realize the difference between a slave and a free person. A slave is lost in the magic of days and nights but Time with all its expansion is lost in the heart of a free person. These words of mine are beyond sound and discussion, for their meaning cannot be understood easily. The musical instrument of Time has its own silent tunes. Oh, dive deep into your heart!”
Time is non-linear: it is not only series of day and night but can turn out to be something else. Earlier, in the chapter on Love, where other clues revealed their meaning, Time remained elusive like Joseph and all you could learn was that eternity received increase through the Prophet. The dimension of Time which has now appeared in the Garden is even different from eternity. It is a cutting sword: Do not vilify time, for God says,‘I am Time.’
Posted by Khurram Ali Shafique at Saturday, April 03, 2010