This is the 22nd chapter in the revised online version of The Republic of Rumi: a Novel of Reality. 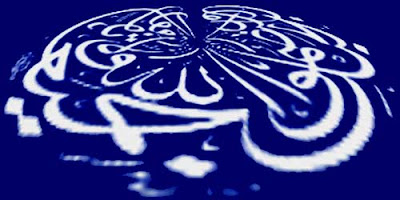 So, the self which you have discovered will strengthen itself through selflessness, which comes into being when an individual connects with the community out of love rather than compulsion. “The self strengthens through love”, you had seen. Then it follows that it strengthens more, and reaches a potential otherwise unimaginable, when it connects not with a single person but an entire society through that same love. The way you may be able to perceive this relationship from this point in the Garden, having passed through the passage that you passed, is quite different from how it may have appeared from anywhere else – especially outside the Garden.
Showing that a nation is formed by the mingling of individuals and owes the perfecting of its education to prophets
Just like the self, the connection that binds many selves to each other and forms a society is also a mystery. Nobody can claim to know even all the “outward” forces of group dynamics, let alone the “inward” ones that might be working in the entire humanity. Prophets acquired such insights from their vision of the Ultimate Reality and therefore only they could mould tribes, clans and other forms of communities into nations and civilizations that could be in line with the overall composition of humanity and participate harmoniously in the onward march of history. Prophets acquired their insight from their vision of the Ultimate Reality.
“The story of the link that binds a human being to another is a thread whose end is lost beyond unraveling,” says the Poet. “We can descry individuals within the mass and we may pluck them as a flower is plucked out of the garden but the whole of their nature, centered on their individuality, finds security and preservation only in society.”
Caravans appear before you. Some pitch their tents on mountains, some on hills, broad meadows, fringe of desert and sandy mounds. Yet their concourse remains disordered, so that imaginary demons and fairy sprites leap in their thoughts. Struggle for survival remains the only business of their constituent elements. Their spirit is little disposed to pluck at Nature’s harp and is content to gather up whatever appears on its own.
“This is how life used to be until God would discover a person of pure heart in His good time,” the Poet tells you. “Such a person could present a volume in a single word and be a minstrel whose piercing music would give new life to dust.”
Presently you see a thread whose end is knotted to the skies. It weaves life’s dissevered parts together, so that unsubstantial atoms begin to glow with radiance. Shackles are stricken from the fettered slaves as they hear the cry, “You are nobody’s slave and you are not less than those mute idols.” People gather around a common goal and a common law. Being re-schooled in God’s wondrous Unity, they learn the uses of self-surrender to the Divine Will.
Posted by Khurram Ali Shafique at Thursday, April 08, 2010