This is the 25th chapter in the revised online version of The Republic of Rumi: a Novel of Reality. Here, the reader confronts the territorial concept of collective life, which practically reduces a nation to the level of tribe. The implications of this worldview on the reader's quest are also discussed. 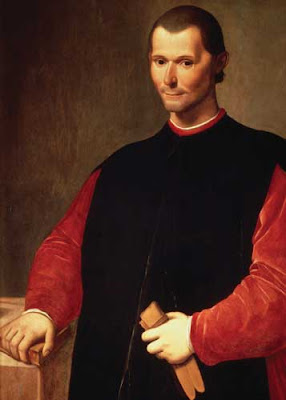 The earth spreads out in front of you like a sheet. Countries of the world appear as if you had a bird’s eye view of both hemispheres of the glob at once:
Showing that since the Muslim nation is founded upon Unity and prophet-hood, it is not bounded by space
It is the chapter after Kerbala. You are told that the Prophet was not of this world, and therefore when a poet praised him as “one of the swords from ,” he asked the line to be changed to “one of the swords of God”. He migrated from Makkah to found a state in the other city, Yasrab, which then became known as , or the City of the Prophet. However, hijra, or the migration was not for the sake of fleeing from the hostility of his enemies at Makkah.
“Migration is the law that rules the life of a Muslim and gives him stability,” says the Poet. “One who has been freed from the dimensions ranges through all directions, like the sky. You, who have claimed a corner of the Garden as your own, are content with singing to a single rose like a poor nightingale. Be like the breeze, and gather the Garden! Beware of the snares of the present age!” The meaning of these last lines becomes clearer as you move to the next chapter:
Showing that country is not the foundation of nation

In a picturesque village near Florence in Italy, the diplomat Niccolò Machiavelli lives in exile, spending several hours every day in the company of phantoms from the bygone age of the Great Roman Empire. Inspired by them, and with a pen capable of shattering the whole truth into irreconcilable fragments, he writes Il Principe, or The Prince, and lays down the foundations of a new political science.

Copies of the manuscript start circulating three years later, in 1516. The philosopher dies in 1527 and the book is published in 1532.

It is a time of great changes. Since the fall of Constantinople last century, is has become much interested in reliving the ancient Greece and Rome in its present. Fed up with the manipulation of religion by the Church, people are questioning the authority of the Pope while rulers are using the opportunity for increasing their own power.The Princecatches the fancy of many, including those who denounce it in public. Having an ideal becomes unfashionable, and each people begin to define their collective identity by their country. Since the life of the self comes from forming ideals and bringing them to birth, nations are now left without souls and degenerate into tribes, each worshipping a country, just as tribes used to worship idols in ancient times.

The view has changed. The earth, which spread out in front of you like a sheet, has become fragmented so that you cannot hold two countries together in your view. Your five clues, having almost come together to solve the mystery, are now disjointed and the possibility of finding Joseph might be gone forever:
Posted by Khurram Ali Shafique at Tuesday, April 13, 2010